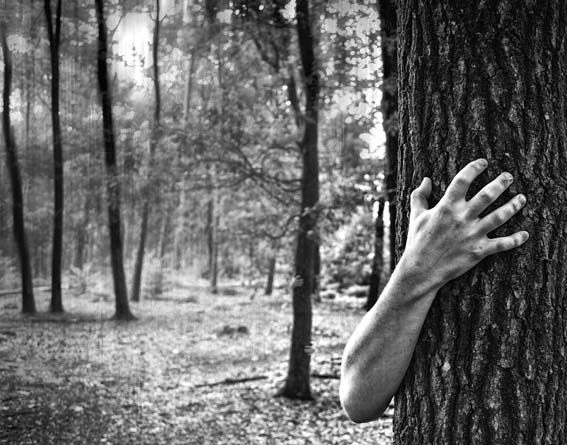 Itchy bugs. I don’t mean the tummy bug type bug that is every parents worst nightmare, waking up with spew in your hair is no fun for anyone (yes, that really happened to me and very recently in fact!). No. I’m talking ACTUAL BUGS. The alive creepy crawly type bugs. The microscopic beasts that make your skin crawl, the kind that will have you itching your skin and scalp by the end this post in full blown paranoia.

I have honestly had the worst September. I wrote about it the other week in fact and I had hoped that was the end of it. Do you ever have those months where it’s just one bad luck event after another? Well mine continued to pile up until it became a comedy of errors that just had to be written about because if you don’t laugh you cry right? It was certainly one of those months! And I appreciated the laughs because it made me feel like it had all been for something, even if it was just to give others a giggle at my expense! But just to top things off, it wasn’t the end. It was just the beginning of the worst of it. Yes, I said WORSE.

My 3 year old son came home Tuesday night with a few spots on his legs, the kind that make you look twice. As he has eczema though I shrugged them off. Fast forward to Wednesday night and suddenly he had WAY more spots. All over his legs and arms in fact. I panicked and thought chicken pox and immediately made a doctors appointment because not only have my kids never had it, but my husband hasn’t either. Chicken pox was the last thing we needed! Can you imagine both your kids AND your husband holed up miserable with chicken pox?! No. Just, no. So off to the doctor we trotted, fingers crossed and all. And it turns out it wasn’t chicken pox at all. No. It was worse. Scabies.

Have you ever heard of scabies? It is a bug that crawls under your skin and hatches eggs so more bugs can crawl all over your body eating you. Kind of. the true definition is as follows:

Scabies is a very itchy rash caused by a parasitic mite that burrows in the skin surface. These tiny insects burrow along in the skin, laying eggs as they go. Above the eggs small blisters form, surrounded by red patches which are extremely itchy and can spread very easily through human contact.

Contrary to popular belief, scabies can attach to anyone no matter social standing or cleanliness. Even the cleanest people can catch scabies because all it takes is brief contact with someone who has it and it can spread like wildfire.

Yes, that’s right. WASHING. Did I mention we had torrential rain forecast AGAIN (hello Spring!) and I was informed I needed to wash EVERYTHING in the house – sheets, blankets, towels, pillowcases and any clothes that had been worn in the week prior to the ‘possible diagnosis’ and any clothes that had touched other clothes in the last week. HOT wash. NIGHTMARE.

In addition, we also all had to shower and coat ourselves in cream from head to toe overnight before showering again the following morning. I’m itchy just thinking about it! As it turns out, it’s likely he did not (I repeat, DID NOT) have scabies as his rash started to clear up by that afternoon BUT after reading all that, would you not still do what you were told in total fear of bugs crawling under your skin and laying eggs?! Yes? Yes. So I had a fun filled weekend of neverending washing to do and nowhere to dry it. Story of my life!

Scabies are however, not the only itchy bug you will probably be introduced to at some point in your lifetime.

Head lice (nits) are small, wingless insects than infest the human head and hair feeding on tiny amounts of blood drawn from the scalp.

My head gets itchy just writing the word! (Still itchy!). Nits are a common childhood nightmare brought to you (mostly) by little girls with lovely long thick hair that they just love to get tangled up in and provide hours of entertainment (ha!) for already run off their feet parents to tediously comb through and remove eggs and live crawly treasures one by one. And even then they very rarely go away and you need to repeat, repeat, repeat! Apparently the cleaner the hair the more they love it! Terrific! Thankfully I have yet to re-experience these little beasts since becoming a parent (I was just the carrier as a child on a couple of occasions!) but I don’t hold my breath. I’m sure I will get to experience it at least once! And it’s not the boys I’m worried about (hello head clippers!) it’s me! The boys in my bed = easily spread from one head to another.

Fleas are wingless insects, with mouthparts adapted for piercing skin and sucking blood.

If you have had a cat or a dog in your lifetime, then chances are you have dealt with the pest that is fleas! Some seasons are especially worse than others! Like as the temperature warms and eggs that have sat dormant come to life and start hatching in your carpet and baby fleas start bouncing around the place. You’ll be sitting relaxing on the couch and then you’ll see one hop across your arm and you’ll realise you have a problem. I hate fleas! They can be really hard (and expensive) to get rid of and the vet recently told me that they have been inundated with pets infested with fleas in the past month (joy!) so my hubby tends to search Teddie’s hair most nights and hand pick them out if he sees them, just to be on the safe side! I actually think he finds it kinda relaxing but don’t tell him I told you that! Fighting fleas one by one since 2016. Ha!

Bedbugs are small, oval, brownish insects that live on the blood of animals or humans.

As the name proclaims, these lovely bugs love to hang out in your bed and feast on your blood. Lovely!

Fortunately I have never had to deal with bed bugs but I know someone who has and it sounds like a nightmare of epic proportions! I’m using the word nightmare A LOT in this post but it’s definitely warranted! I’ll stick with fleas that require a few flea bombs and a fortune invested in pet companies to kill (what is with flea treatment for pets being so darn expensive?!). Even scabies sounds better than bed bugs!

Have you ever had to deal with any of these microscopic beasts? Are you itchy yet?

13 thoughts on “4 Itchy Microscopic Beasts You REALLY Want To Avoid!”