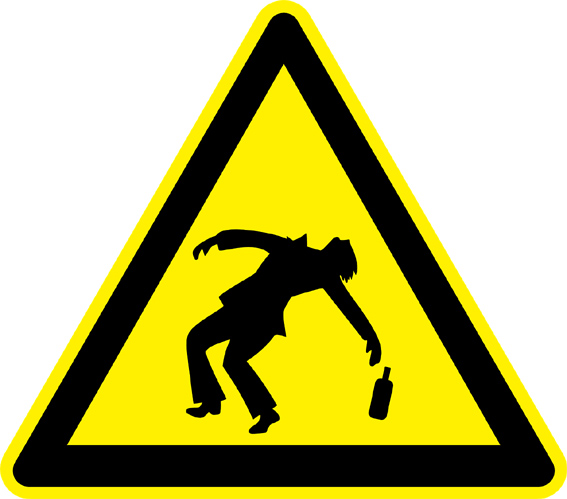 Last week I wrote The 5 Types Of Kids At A Pre-School Disco which got me thinking about the typical types of drunk people you will come across at any event involving alcohol.

In recent years I haven’t been as much of a drinker, certainly not since the idea of a hangover with young children is about as appealing as a root canal! However I have been out clubbing the odd time and to be honest I felt:

That is putting work do’s aside which always start off quietly and end with climbing fences to go on glow worm hunts in the Botanical Gardens or crashing someones 21st birthday … Not that that has happened recently of course! Ha!

However, once upon a time … 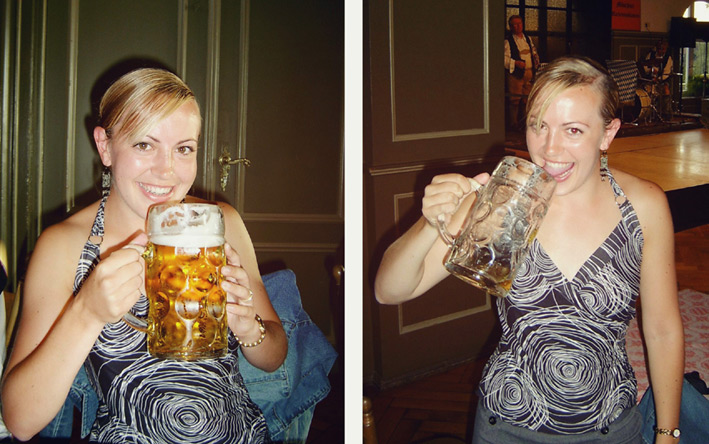 I was always a fan of getting dressed up in my late teens/early twenties and partying the night away at various parties or clubbing in the city with friends every weekend and my post about the disco kids got me thinking about the types of drunken personas you will typically come across on a night out.

While most of us just like to have a drink (or 6) and have a good time there are always the token attendees in the following categories to be found somewhere in the vicinity:

THE ‘OFF HIS FACE’ DRUNKARD

You know the one! They probably sat through the first half a dozen drinks thinking they were handling their booze pretty darn well until they stood up. Or they were the one instigating shots, had forgotten to eat anything prior or were just over enthusiastic on the guzzling. Either way, in no time at all they are completely drunk, stumbling around, slurring their words and just completely off their tree. By the end of the night they will probably be passed out or vomiting in a bush. On their way to being The ‘Off His Face’ Drunkard you would likely find him/her doing something like this … 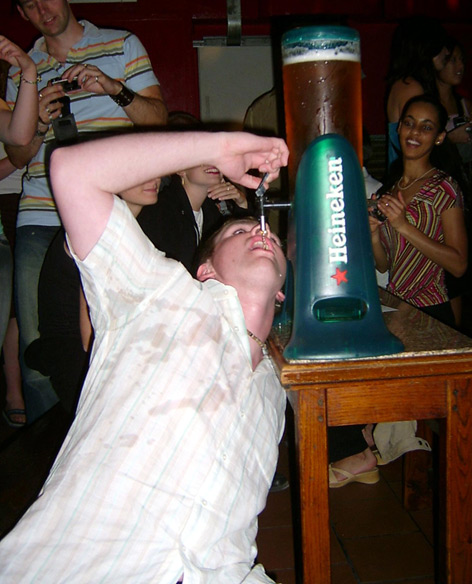 He thinks he is Gods gift to woman and will usually mingle by the bar before coming out with the cheesiest pick up lines of the century hoping to get lucky, often accompanied by an attempt at being touchy feely, perhaps an arm flung around your shoulders and some slurred attempt at being charming by telling you what beautiful eyes you have. Following this he will likely attempt to grab your ass before you manage to escape his clutches (much to his disappointment for the 5 seconds it takes to eye up a replacement to try his drunken luck on).

Often of the female variety, they are the ones dancing it up on the table thinking they are a back up dancer for the likes of Madonna, J-Lo or Beyoncé.

A cross between a Cowboy and Tarzan, they take off their shirt and start whirling it around their head over enthusiastically before falling off the chair they are standing on. If you’re reeeeally lucky they might also remove their pants and run around (channelling their inner two year old) while you avert your eyes and cringe (some things are just better left unseen).

They will likely find this HILARIOUS.

THE ‘I LOVE YOU SOOOOOO MUCH!’ SLURRER

We’ve all had it. The arm around the shoulder and the ‘I love you so much! You’re my best friend! You’re like my sister. I lovey you. Truly. I luff ooo’.

They’re right there, hanging out and then … They’re gone. You have no idea where they went because they didn’t tell anyone, they just wandered off. Whether they went home, met someone, found some new friends or just decided to go to McDonalds you will probably never know because chances are they won’t remember. They may even be asleep somewhere.

I’ve been this person and I don’t recall where I went though it was recounted to me the following day of which I have no recollection (this was in a campground in Nice in the South of France – I wandered off from the bar and I thought I had gone to bed but apparently I was hanging out in the laundry room chatting to everyone before I ended up hanging out with some of the girls in their cabin and even straightening my hair with their hair straightener! God knows how I didn’t burn myself considering I was drunk enough to have no memory of it!).

They start off a box of fluffies but get a few drinks in them and suddenly they are the one crying in the toilets, mascara running down their cheeks while you confiscate their phone to stop the inevitable drunken texts or phone calls to whoever the catalyst of the tears are. Usually the crier is a girl (sorry folks!).

Can you relate to these types of drunk people? Been there, seen that? Or are you a been there, done that?

I’ve been The Wanderer (as mentioned) and The Table Dancer at various times in my life. I have also been THAT drunk person once or twice! Of which we will not speak of.