My husband and I first got together when we were 12 years old.

Yes, you read that right.

Little did we know at that time that we would one day be husband and wife but he was my best friend and we were ‘together’ for a whole year. This ‘relationship’ mostly consisted of sitting next to each other in class sharing my little handheld radio to sneakily listen to live cricket matches or me being the doting girlfriend sun-baking on the beach while he showed off his amateur surfing skills. We also went on one random overnight camping trip (that neither of our parents had a clue about) with two friends (also 12 year olds) and boy were we way too young to be wandering off two and a half hours around the coastline into the middle of nowhere during a storm that he gazing into the clouds and with all the knowledge of a young surfiestated would ‘clear up in no time’!

He was right about that but I’m still not sure it was the smartest move given the bulls that live along that coastline and that we were too young and stupid to know better than to put out our fire with our only fresh water instead of the seawater! Not to mention lighting fires in the first place! Needless to say we were dehydrated by the time we got home but it is a fantastic memory we share and we had the time of our young lives despite the thirst and the possums scratching on our tents! My mum would have had a fit had she known! I’m sure this will come back to haunt me one day, perhaps in about 8 years time …

By the end of that school year and the summer before high school we ‘broke up’ (apparently I held hands with another 12 year old boy but that is a whole other story!). We spent our teens at the same high school but avoided one another like the plague, though I still went to all the parties he hosted with a myriad of different boyfriends. And yes, my in-laws still live there. And yes, they remember me.

When I was 21 my mum was in the hospital and we knew it wasn’t good. Moments like that can really get you thinking about life and I realised that the best ever ‘relationship’ I’d had was with my 12 year old boyfriend (and trust me, I’d had a few since then and none had ever lasted longer than 4 months!). I started to wonder what had happened to him, not in a ‘potential boyfriend’ way but in a sentimental ‘I wonder where he is now’ way.

He’d had a steady girlfriend throughout our teens so I had no reason to think he wasn’t still with her and settled down. So I decided to call him. I rang his parents for his number and tried about 5 times but no one was ever home. One night I thought, right, I will try one more time and if he isn’t there then I will forget it. But he was and he was single and we decided to meet up. We started off back down the tentative path to friendship and within a few months of coming back into each others lives he proposed and I accepted.

It took us 9 years to kiss and make up but we got there in the end! We were married in January 2006 and will celebrate our 10 year wedding anniversary next year. 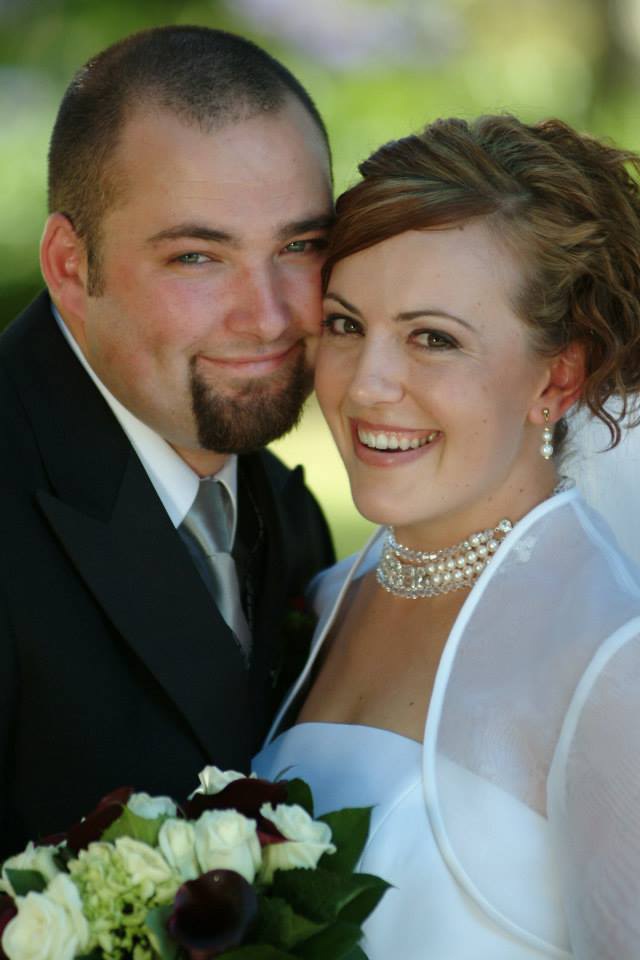 How did you meet your husband/partner?

Linking up to the #IBOT party at Essentially Jess!

54 thoughts on “How I Met My Husband”