My mum’s book is inspiring me. It never really resonated until now though, perhaps I was just too young to get the significance before but as I get older mortality is on my mind and the realisation that life is short! I’m 8 years now from closing in on the age mum was when she was diagnosed with breast cancer and it weighs on my mind that if I were to follow in her footsteps, it tends to make an appearance earlier than the person who had it before you. I had an appointment at the hospital with a geneticist a couple of years ago who examine your family history and work out the risk factor for cancer. I was in the ‘moderately increased’ category. Not that that really has anything to do with this, but the kids are getting a little older and I just realised I was sick of living in shambles and not appreciating and using the good things in life. Example being, I still have soaps and creams and potions and beautiful linen in a drawer that belonged to her that I have just never used. They just seemed too nice to use! She had such expensive taste and it’s all just so luxurious. But really, I am just doing what she sometimes did, which is to buy nice things or be given nice things and just have them on display but never use them (don’t get me wrong, she followed her own advice to enjoy the blissful things too but other things were just too nice to use!). So I started using them. It is so nice to shower using gorgeous soaps and lather in stupidly expensive moisturiser afterwards. To drink out of crystal wine glasses, to spend an extra $10 on a nicer bottle of wine, to always have chocolate in the fridge, to throw out all the clothes/jewellery that is not me and explore the shops looking for new things! I have spent the last several weeks just throwing out … crap. Seriously, crap. How much stuff do you have that just lies around with no home? That stuff is now in the bin. If I could throw away half the piddly little toys of the boys I would, but unfortunately the little stuff that ends up everywhere tends to be their favourites! Life is good! I have felt a massive weight lift with every huge bag of crap that I rid my house of. It’s tidier, it’s simpler and it feels NICE. I now get to go shopping and find new stuff that is just mine and not stuff I bought cos it was ‘on special’ and I ‘needed’ it. I am getting a Pinterest and online shopping addiction! But I feel like a woman again and not just a ‘mum’. And it’s fun and I feel so relaxed in my home environment. I recommend you all do it!

And with that, I am off to carry on my search for the perfect duvet cover, so my bed can look something like this: 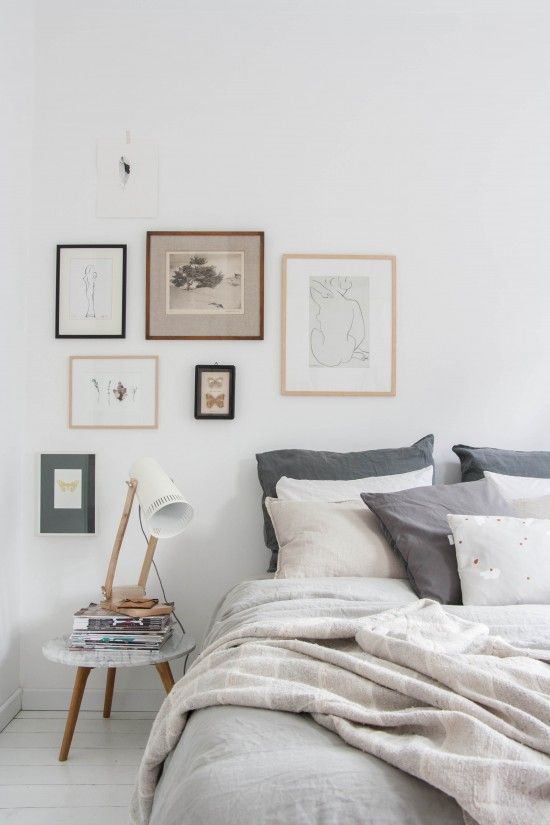