Last week I wrote about quitting alcohol to save my sanity and the sanity of those around me due to the fact that alcohol (particularly white wine) had the tendency to make me behave like a woman in the throes of a particularly bad bout of PMS all the time.

I pinpointed it back to alcohol about a year ago and managed to quit for a substantial length of time but as soon as summer hit I was back on the bottle (not in an alcoholic way but certainly in a I NEED A DRINK way where I craved it madly after a manic day of work, when the sun was shining and the kids were screaming at each other). Unfortunately, the end result was a mama who was relaxed for an hour but grumpy as hell for a several days to a week afterwards.

I knew I needed to quit.

So with alcohol on my mind I eagerly clicked over to a post that caught my attention on Rebecca Bowyer’s page Seeing the Lighter Side titled Quitting wine can stop your kids underage drinking cos ya know, any other positive outcome I can get from begrudgingly giving up my favourite tipple is fine by me! I can be the mum who doesn’t drink to save her kids from alcohol later in life (ha!).

To sum it up, Deakin University health experts in Australia have found that we (that would be us ‘the parents’) have a big effect on how our children view alcohol consumption.

“An evaluation of the Smart Generation alcohol education campaign aimed at parents found that children had clearer intentions not to use alcohol prior to 18 and less alcohol use if their parents opened up the conversation about why they shouldn’t drink, set household rules and didn’t provide their kids with alcohol at home or to take to parties,” Professor Toumbourou said.

They also go on to say:

It is a complete myth that providing under age children with alcohol in the home will teach them moderation. In fact research shows the opposite to be true, with children whose parents allowed them to drink more likely to be heavier drinkers later on than those whose parents said no.

This of course got me thinking about my own experience as a teenager where alcohol was concerned and is definitely something that my husband and I have discussed. What direction do we want to go in when it comes to educating our own sons about alcohol as they get older? We have two boys, so of course alcohol is going to be involved in their teenage years. I think it would be naive to think otherwise!

Regarding the study, my mum was a wine drinker and my step-dad favored a beer (though there were spirits in the liquor cabinet which I admit I may have got into a few times without their knowledge!).

I can’t remember what age we were allowed the odd shandy (beer and lemonade) or a small glass of wine on Christmas Day or other special occasions, but I grew up in a household where alcohol was casually consumed on occasion and wasn’t a big deal. To be honest I never thought much about it and can’t say as a child it enticed me to want to drink it.

I didn’t go to a highly regarded school by any means, and to be honest education was pretty far down my list of my priorities (though I managed to skate through ok and win a few awards and be deputy head girl and pass most things until my last year when I completely dropped the ball). But really, my social life was right up there at the top of the list and there was a different party to go to every other weekend of which I was allowed to attend and of which my mum was fully aware there would be alcohol.

She never provided it for me but she knew it would be accessible (I can’t even remember how we got it but it was never hard!).

I had my first beer (aside from the odd shandy, 1 part beer/3 parts lemonade!) at age 14 and promptly spewed in the bushes (yes, after just one beer!). I don’t think I touched alcohol much again after that experience until I was about 16 and I’m pretty sure I was a pretty responsible drinker for the most part (my friends may beg to differ!) but I can say that I was never afraid to tell my mum where I was going and who with and the lenience of their attitude to my attending parties meant I was actually pretty good at being open and honest with her about things.

My friends who were forbidden on the other hand were found to be climbing out their bedroom windows and running away from home occasionally! Having said that though, I don’t know who turned out better in the long run! I can’t definitively say whether my friends who’s parents didn’t drink were more likely to drink in excess or have an unhealthy relationship with alcohol as they have got older or are less likely to drink but I can say that the lenience of parents who didn’t make it taboo and were a bit more relaxed made for more open children as teenagers in the communication stakes.

At the other end of the scale, there were the ones who’s parents literally didn’t care what they got up to. This from a friend:

I think that a lot of it has to do with home stability as well. I was allowed to do whatever I liked.. Which I resented to be honest, I wished that my parents were more protective and cared what I was up to. It created for me instability, an inability to control the amount and never act responsibly and then not knowing what my boundaries were… I was a complete wreck every single time I was drunk! It led to growing up fast in an immature mindset. Without tools of mature decision making and also not knowing how to deal with bad situations in a productive way. Although I didn’t have a child until I was in my mid 20’s, I feel that my parents lack of parenting led to a dependency on broken people, bad relationships and also a problem with treating everyone like they were expendable because it felt as if life stopped after college, scrambling to figure out what I was supposed to do next. My objectivity was always defined by negative instinct so nothing ever seemed to work out and I had an unrealistic view of reality.

Let’s be honest, the majority (not all, but a good handful!) of us experimented with alcohol as a teenager. 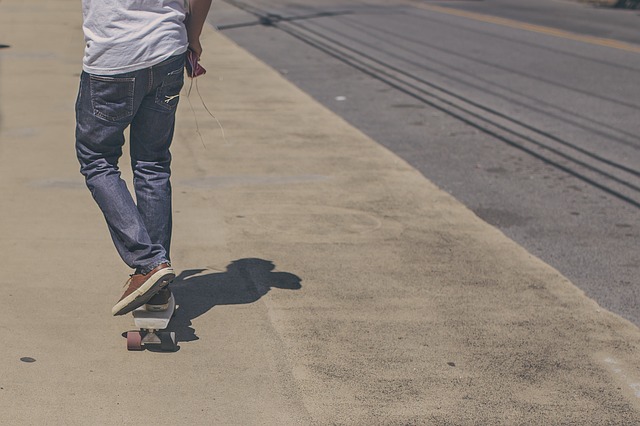 I’m interested to know what approach you plan to take with your own kids based on your experiences growing up!

Both my husband and I were brought up with a similar approach by our parents: You’re allowed to go as long as you be honest about where you are going. If you get in trouble, call us.

My husband had a free ride everywhere with his parents so he knew he could call on his dad at any time of the day or night to pick him up and I think he would like to implement the same approach as he says it stopped him getting in cars with idiots in order to get home and avoid other dodgy situations.

Does this mean we will be encouraging it though? Of course not!

Perhaps the school we attended has given us a take on things that differed from a school where education is highly regarded and therefore students have a different attitude.

But we have boys and we know they’ll experiment (the probability will be higher with boys I’m sure, girls make more mature decisions!).

So would I rather they had a beer at home with us than snuck down the beach with a mate and a dozen? Yes I would.

What about you? Did you drink much as a teenager? Will your experience influence your decision making for your own children?

51 thoughts on “Teenagers & Alcohol: What Approach Will You Take?”