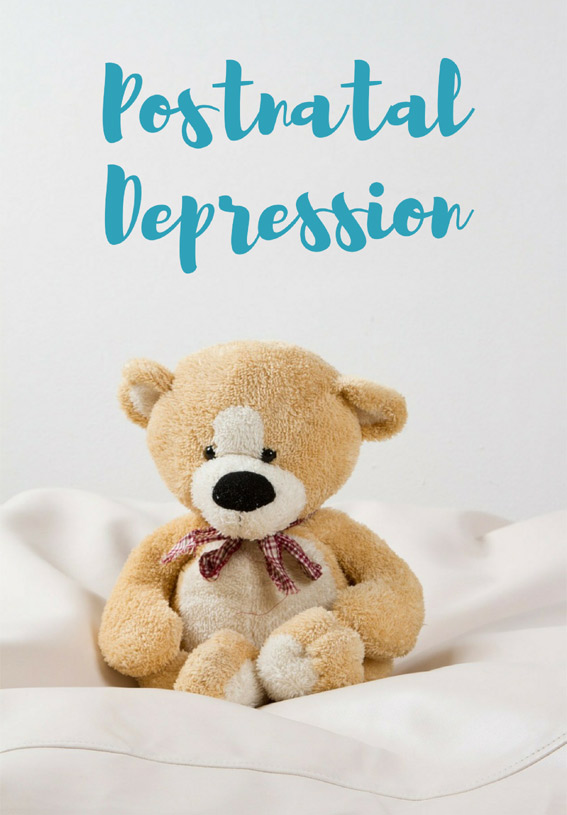 Most of us who have had children experience the blues in one form or another in those early months. Whether it’s the notorious ‘Baby Blues’ that strike around day 3 or 4 as your milk comes in and messes with all your hormones, or the blues brought on through lack of sleep and the enormous life changing event of looking after a newborn baby and all that entails, we all tend to have had our moments of feeling down. But eventually the fog subsides and we become completely enamoured by this new little being we brought into the world.

But what if you don’t and haven’t? That’s usually a warning sign that you may be experiencing something more serious than a case of the blues. Postnatal depression affects approximately 15% of woman after the birth of their baby. This is *Kate’s story.

I can vividly remember how I felt when my daughter was first placed in my arms. I was so happy I thought I would burst. As time went by and I adapted to the crazy world that is motherhood, I only fell more and more in love with her.

Fast forward a couple of years and my husband and I decided to try for a second child. I fell pregnant again quickly and we were over the moon. I assumed things would be just like the first time, but I was wrong.

From the start, my second pregnancy was a difficult one. I had extreme morning sickness that never went away. I was vomiting at home, at work and in the car. I was utterly miserable and sick of being sick.

As the pregnancy progressed, I began to have trouble sleeping. I’d fall asleep exhausted each night and wake at 2 or 3am and that became the start of my day. Coupled with looking after a toddler and a stressful job, it all became too much. I felt low, anxious and tearful, but figured that was just pregnancy hormones.

When my son was finally born, things began to unravel. I held him in my arms and waited for a sense of elation to take over. It didn’t. I just felt tired and detached. There was none of the emotion I felt when my daughter was born – I could have been holding a stranger’s baby.

Things worsened when I got home. Lack of sleep is a given with a newborn, but even when my son was sleeping, I was lying awake, filled with anxiety as my mind raced through a variety of horrifying and improbable scenarios.

Visions of my son lying badly hurt or injured flooded my mind constantly and I couldn’t shake them. These thoughts would pop into my head, unwanted, uninvited, at all hours of the day and night.

When it was time for my husband to return to work, I’d beg him every morning not to go. Not to leave me alone with my son. This tiny new human who filled me with so much fear.

I spent most of my days sobbing. As a second-time mum, I knew in theory what I was supposed to do with a baby. Every day I would go through the motions – changing nappies and singing songs to him, but with tears rolling down my cheeks. My two year old would do her best to comfort me “Don’t cry, mummy – it’s ok”, which only made me cry harder.

I felt nothing for my son, except resentment each night he woke crying. He didn’t feel like mine. I was certain the only reason he was crying was because I was a failure as a mother and that he deserved a better one. I genuinely thought adoption would be a good solution.

The sadness, the emptiness and the guilt became unbearable. I’d force myself to go out and put on a happy face, so no one would suspect a thing. When people asked how I was doing, I’d say ‘fine, fine’ and crack jokes about tiredness.

I realised I needed help when the empty feeling started to extend to my 2 year old. The rational part of my brain knew that I used to love her more than anything, so it wasn’t normal that I felt so detached from her now. Everything she or my husband said or did seemed to anger me. I would alternate between irrational rage, lashing out at the people closest to me, and total numbness.

In some part of my mind, I understood that this must be postnatal depression but I didn’t want to admit to it. I had little experience of depression before that point and didn’t understand the ways in which it could manifest itself. I thought depression meant you were suicidal and couldn’t get out of bed or function on a day to day level. I was still functioning, albeit not very well.

At the end of my son’s 6 week check up, the doctor asked how I was doing. As I prepared to say ‘fine”, I burst into floods of tears instead. It all came out – the intrusive thoughts, the anxiety, the tears and the fact I was such a terrible mother and that my children deserved better. She gently suggested I make another appointment to come and see her.

I got in touch with a local organisation which offered help and support to people suffering from PND. Through them, I met people who were in a similar boat and who understood.

Slowly, things began to improve and I started having more good days than bad. As the medication began to work, my anxiety lessened and I began to laugh again.

Recovery has been a difficult journey. At times, I’ve felt like I’ve taken one step forward and two steps back. But I’ve progressed from feeling nothing for my son to all-encompassing love. We recently celebrated his first birthday and I can’t believe there was ever a time when my heart didn’t ache with love for him.

I still have the odd bad day, but they are fewer and further between now. I no longer lie awake every night, anxious and terrified or spend my days in tears. I’m aware of my stressors and understand the importance of self-care.

In some ways, I think I’m a stronger, better person than I was before. I certainly have a much greater understanding of mental illness and have become less judgmental and more empathetic.

As I’ve started to feel better, I’ve begun to be more open about my experiences. I hope that the more we can talk about postnatal anxiety and depression, the more we can shed the stigma of it and help mothers to get the support they need.

Have you or someone you know ever experienced PND?

7 thoughts on “Your Voice, Your Story: Postnatal Depression (PND)”