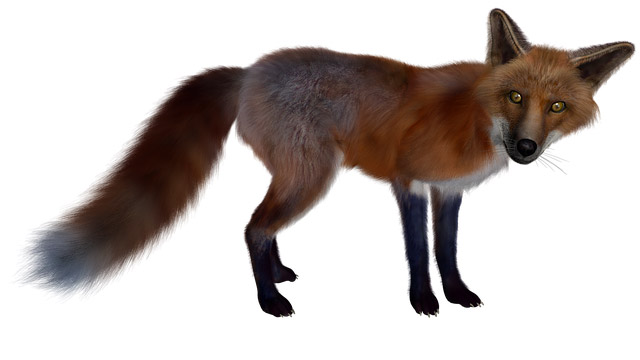 We were given a whole bunch of kids books the other day and the boys were so excited as they love story time and what’s better than a whole pile of new books to get mummy to read! So I picked up the one on the top of the pile which was called Chicken Licken and started to read it. Let this be a lesson to all!

Do not read a story to your children without having read it first!

For those who don’t know the story, Chicken Licken has an acorn fall on his head so decides he must go and find the Queen to tell her the sky is falling. Along the way he meets up with Henny Penny, Cocky Locky, Ducky Daddles, Drakey Lakey, Goosey Loosey, Gander Lander, Turkey Lurkey and Foxy Woxy. They all decide to tag along with Chicken Licken to tell the Queen the sky is falling. Which is great. Who doesn’t need friends right? But Foxy Woxy leads them into his dark lair and then he turns around and bites off Henny Penny’s head (I believe the words used in the book were ‘SNAP, he bites off her head!’) then Cocky Locky and all the birds in turn until only Chicken Licken remains and he runs away and never gets to tell the Queen the sky is falling.

Now, it’s interesting to note that there are different versions of this story and we just happened to get the version that painted the picture in a particularly callous way which is fine I guess, except that we had a chicken who lived across the road in the front yard and the boys became very attached to watching her out their bedroom window. This chicken literally lived in the front yard and didn’t have an owner so would hang out on the road, narrowly avoiding death on a daily basis. It was an emotional rollercoaster every time you would look out the window as this stupid chicken would just be back and forth on the road with no regard for it’s safety.

It gave a whole new meaning to the phrase ‘Why did the chicken cross the road?’. 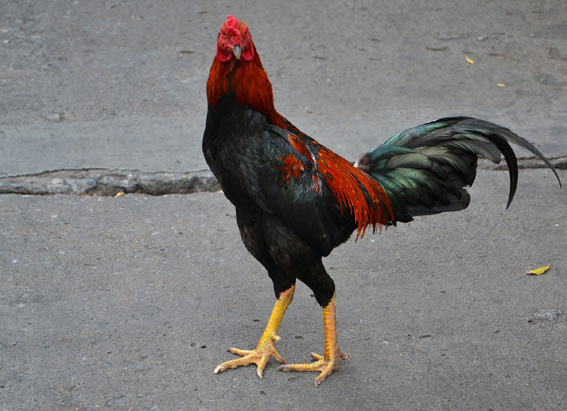 It got to the point my husband would sometimes run onto the road to usher it off back into the safety of the Pohutakawa tree it would sleep in, but of course 2 minutes later she’d be back in the middle of the road!

It all came to a head on Christmas day when we were standing on our back deck which overlooks the road from the side and we see the stupid chicken about to be run over by a truck so we all were just a bit ‘Oh no, this is it!’ but of course this chicken had a million lives and survived the ordeal. However 20 second later we see our 4 year old son charging into the middle of the road to chase the STUPID chicken off the road (notice the chicken gets stupider as the story goes on). Needless to say, we dragged him back inside and gave him a stern talking to about his life being far more precious than the life of a really stupid chicken with a death wish and straight away put a top latch on the door because clearly he had no issue unlocking it himself!

The next day we caught that damn chicken (with a fishing net no less, was great entertainment for the neighbours!) and she’s gone to live at my step-dads house with his 2 ducks, 2 other chickens and 2 Flemish Giant rabbits. Last I heard she was enjoying life sleeping 4 metres up the neighbours peach tree but coming home for dinner time and hanging out with the ducks (she doesn’t like other chickens which is probably why she was all alone in a random front yard in suburbia).

We also had two ‘pet’ ducks who would come to our house daily to be fed and the highlight of their little lives (my children, not the ducks) was leaving our house one morning to see two big roosters walking up the steps to our neighbours house to their front door (I have no explanation for this, one of the most random things I have ever seen!).

The point to all this is that my children have a very loving affiliation to chickens, ducks and roosters and were therefore mightily distraught that foxy woxy the ‘friendly’ fox had bitten off their heads and killed them.

The tale of Chicken Licken actually goes all the way back to a folk tale told in the early 1800’s and has since been published in many different versions with slightly different endings. Sometimes the fox only kills Chicken Licken, sometimes all, sometimes he bites off their heads, sometimes he eats them, sometimes the fox’s children eat them and sometimes they all escape and live happily ever after. Given it is a folk tale, there are of course meaning behind the story. Where there is a ‘happy ending’ the moral is not to be a ‘Chicken’ but to have courage. In the other versions where the birds are eaten by the fox (or having their heads bitten off!) the fable is interpreted as a warning not to believe everything one is told.

The traumatic experience of reading this book (ha!) got me thinking about the morbidity of so many of the kids classic nursery rhymes. I never gave them too much thought as a child when as little girls we would link arms and dance around in a circle singing Ring around the rosy. But as an adult singing them to my own babies, it suddenly occurred to me that these words are not actually that pretty, though the rhyme itself is sung as sweet as a lullaby! If you would like to hang onto the illuisions you have of these sweet old rhymes then stop reading here because I am about to smash them to pieces! But think about it, are the words really that pleasant?

Here are 6 Nursery Rhymes and the bizarre and morbid meanings behind them! 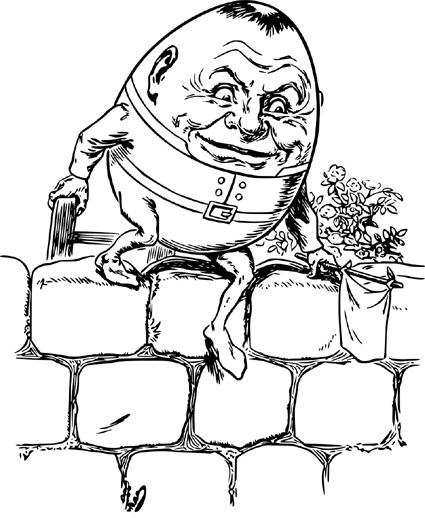 Humpty is portrayed as a large egg, often dressed as a little boy who falls of a big wall and breaks into a thousand pieces and can’t be put back together! That’s not very nice! Apparently the real story behind this nursery rhyme though is that Humpty was a huge canon atop a huge wall that was hit by enemy canon fire and fell down and could not be fixed. How the canon became an egg I have no idea!

RING AROUND THE ROSY

Ring around the rosy
A pocketful of posies
“Ashes, Ashes”
We all fall down!

Hands up who sang this one as a little girl, holding hands and swinging around in a circle before falling to the ground amid a sea of giggles? 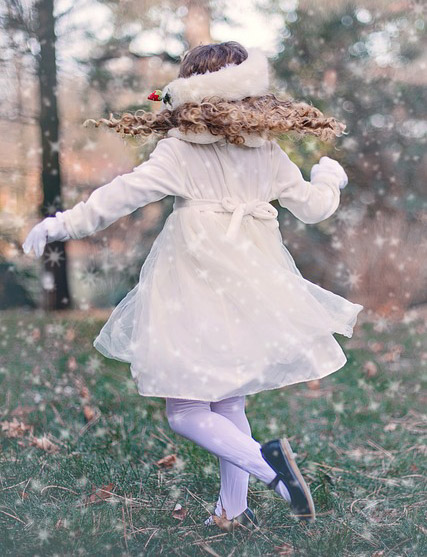 This rhyme dates back to the Great Plague of London in 1665. The symptoms of bubonic plague included a rosy red ring-shaped rash, which was what inspired the first line of the rhyme. It was believed that the disease was carried by bad smells, so people frequently carried pockets full of fresh herbs, or ‘posies’ to counteract that. The ‘ashes, ashes’ line is believed to refer to the cremation of the bodies of those who died from the plague of which there were millions (the plague killed 75-200 million people between 1346 and 1353).

So that sweet song you used to sing? Yeah, not so sweet after all!

Yep, so the baby is asleep in a cradle hanging from a tree and the wind blows the cradle falls out of the tree with the baby in it. Yep, so comforting that one!

Peter, Peter, pumpkin-eater,
Had a wife and couldn’t keep her;
He put her in a pumpkin shell,
And there he kept her very well.

So pretty much Peter had a wife who was a prostitute. Since he couldn’t keep her from having sexual affairs with other men, he decided to kill her and he hid her body in an absurdly large pumpkin. 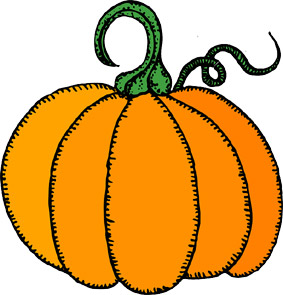 Jack and Jill went up the hill,
To fetch a pail of water.
Jack fell down,
And broke his crown;
And Jill came tumbling after.

What is it with nursery rhymes and people getting hurt? No one quite knows the meaning behind this one though there are a few theories of a French King being beheaded while their Queen came tumbling (was beheaded) afterwards or the story of an affair between ‘Jack’ and ‘Jill’ in some small English town in 1697 and after the sordid affair Jill gets pregnant and Jack falls down a hill caving his skull in on a rock and Jill dies in childbirth. Moral of the story? Don’t have an affair.

Mary Mary quite contrary,
How does your garden grow?
With silver bells and cockle shells
And pretty maids all in a row.

Do you think this one is about pretty flowers growing in a garden? Think again! This is actually about Queen Mary I – ‘silver bells’, ‘cockle shells’, and ‘maids’ are actually all just instruments of torture and death. Silver bells are thumbscrews; cockleshells were attached to the genitals (ouch!) and ‘maids’ was actually a device called The Maiden used to behead people! The ‘garden’ refers to the increasing number of cemeteries popping up to bury all the protestants she was murdering using these torture methods. Shall we all sing this one together now? On the count of 3 …

Have you read Chicken Licken to your children? Were you aware of the meanings behind these seemingly innocent nursery rhymes?

53 thoughts on “Chicken Licken & the Morbidity of Classic Nursery Rhymes”