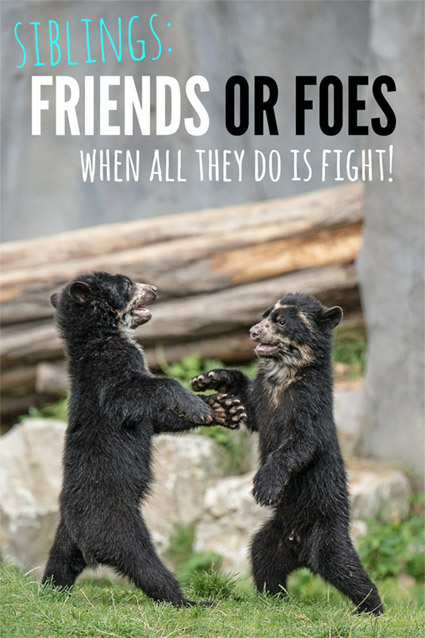 The other week my 3 year old son decided to give his 4 year old brother a shove, to which he responded by punching him square in the face. Ba boom! Smacko!

A few days later on the way home from kindy Finley (the 3 year old who I might add JUST turned 3 in December) announced that he had a girlfriend.

He’s only been attending kindergarten for 3 short weeks and yet he declares proudly that he has indeed got one and they hold hands (so help me God!).

Then the conversation got going between the two boys in the backseat of the car:

Finn: I have a girlfriend Cohen
Cohen: What’s her name?
Finn: Kathryn (the name of Cohen’s ‘girlfriend’ of the last 6 months)
Cohen: No, Kathryn’s MY girlfriend
Finn: No! She’s MY girlfriend
Cohen: (Getting upset) No Finley, she’s mine
Finn: No, she wants me now
Cohen: *insert tears*
Finn: She doesn’t want you anymore
Cohen: Muuuuummy! *insert wailing*

I seriously thought I had at least 10 more years to wait before I heard this kind of conversation take place! Cos let’s be honest, at some point in time they are going to like the same girl. In this instance my 3 year old (going on 13) was just stirring the pot for the sake of it because:

1. He’s not in the same class as Kathryn and therefore he is talking absolute rubbish; and 2. He takes great pleasure in making his older brother cry.

In the meantime they just fight over me.

The next day the same thing occurred. They argue and then one ends up crying.

And the day after that.

Since Finn turned 3 he has started becoming more interested in all the things that Cohen likes and they have started to compete over friggin EVERYTHING. And I mean everything!

Here is a short list of things they’ve fought over this week:

I’m sure by now you get the gist.

Then there’s the fights over the one toy they both decide they want at the same time, the one bike of 6 bikes that they both want to ride, who’s going to hold the watering can to help me water the garden, who’s teddy bears are who’s (the teddy bears that have lain sad and neglected for months before one decides to pick one up and therefore the other wants it). They fought because Finley took the teddy’s clothes off and Cohen thought he would get cold. Because ‘he touched me!’. Because one wanted the light on and one didn’t.

About who can make the pee come out of their ‘noodle’ first (seriously?!).

The competing and fighting doesn’t bother me as much as the CRYING. Oh the feckin’ CRYING!

The crying of whichever child loses does my head in! They cry and wail and scream. You would think the world had come to an end the way the loser carries on. What’s worse than a sore loser? TWO sore losers.

Imagine if adults carried on that way!

Can you imagine the road rage (you probably can!) and the bitch fights in Kmart?! Holy hell, it would be a war zone! Broken crockery and the mascara streaked faces of women wailing everywhere (on second thought you could probably just visit a night club on a Friday night around 2am to see that).

And the dads be all fighting over a trolley in Bunnings or a box of beer at the local bottle shop.

I seriously give huge props to anyone who works in childcare or kindergarten the world over. Kudos to you!

Do you have kids who compete and fight over everything too? What do you do about it?

#WAYWOW @ View From In Here

55 thoughts on “Friends Or Foes: When Siblings Fight. And Cry. A Lot.”