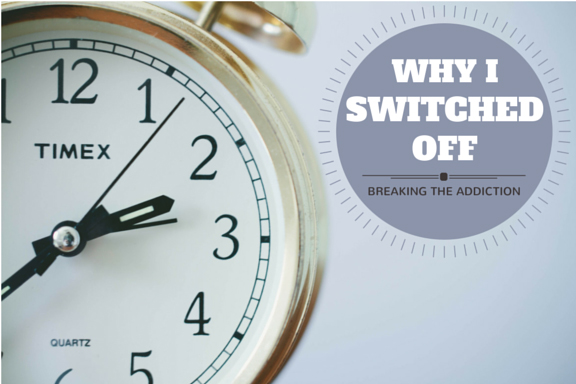 I can almost hear some audible gasps coming across the Blogosphere because the idea of taking a break and deactivating Facebook for 24 hours, let alone weeks is enough to make some people break out in a cold sweat.

I was totally one of those people.

I did some research earlier in the year and found a study had indeed been conducted on Facebook addiction, labeling it to be a real thing:

‘Researchers in Norway have published a psychological scale to measure Facebook addiction, the first of its kind worldwide. The new measure is called the BFAS, short for the Bergen Facebook Addiction Scale and is the work of Dr. Cecilie Andraessen at the University of Bergen (UiB), Norway, and colleagues. Eventually, Andraessen and colleagues finalized the BFAS to six basic criteria, with participants asked to give the following 5 responses to each one: (1) Very rarely, (2) Rarely, (3) Sometimes, (4) Often, and (5) Very often:

Andreassen and colleagues suggest that scoring “often” or “very often” on at least four of the six items may suggest the respondent is addicted to Facebook.’

(You can read more about the study here).

I was definitely answering ‘often’ to the majority of those questions at that time in my life.

It was in April of this year and I just wasn’t feeling myself.

The nagging feeling of being unfulfilled started to turn up it’s volume, health issues were driving me around the bend and I just felt, well, blah. I loved my family but outside of that I was missing something. Our family was complete, the trying for babies was over, the pregnancy phase was over and the baby phase was over. After years of having that as my sole focus, that phase of my life was over and I was feeling a little lost and spending way too much time on Facebook to compensate and I knew it.

So I decided to bite the bullet and do something drastic. I decided to take a break from Facebook in the grand hope that it might be the magic cure to becoming a better mother, a better wife, a better employee, cook, friend, homemaker and sleeper. And perhaps that I would find what was missing in the process.

I was switched off for three weeks. That first week was hard work, I actually had anxiety. Seriously. I have been a big user of the social networking site for years. Which was fine and dandy and fun. Facebook was a fantastic outlet for an infertile women to connect with other women in the same boat. Then I got pregnant and it became a fabulous place to join groups and meet and get to know other women all having babies at the same time as me. And then those early days of motherhood where I would be up all night rocking a small bundle of joy who was refusing to sleep. When my eyelids were drooping in exhaustion and I felt all alone in the dark hours of the morning with no one but this tiny little baby for company, logging onto Facebook to chat to all the other sleepless new mamas was priceless. Then came the trials and tribulations as our children grew, followed by a second pregnancy and a new group of mums to bond with in this second phase of motherhood.

I have made some awesome friends and forged some unbreakable bonds on Facebook. And it was bloody brilliant.

Except that I have a really addictive personality and I have at several points in the last few years found myself on Facebook far too often! 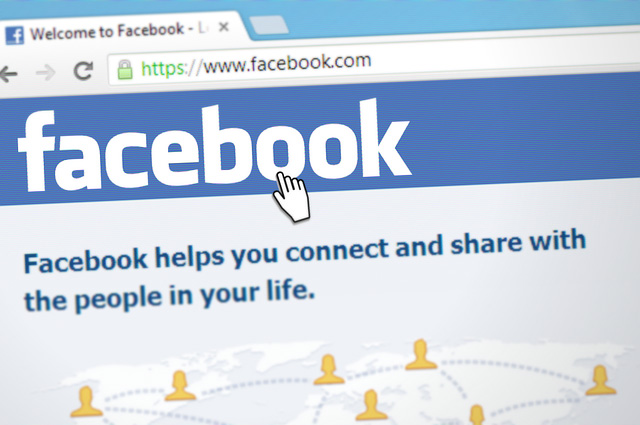 PING! Oh, who’s wanting to chat? I must check that immediately! I’ll just stay up another 10 minutes to see if anyone replies to my post. How many people liked my post? No one is commenting, they must hate me (this usually during PMS when hormones are rampant and we turn on the crazy!).

Then as the kids got older, the comparisons began.

Cohen was a late walker and I seriously struggled with the fact that he was starting to fall so far behind the other kids in my online group when it came to taking his first steps. They were all born in June/July so of course it was completely natural to compare milestones as they were all roughly the same age within weeks of one another. He never did the sitting thing so that was another source of stress. Then the speech delay. Without meaning to and entirely of my own insecurity, logging on during some of the struggles I was having at home (mostly in my own head of being a good mum and my babies meeting milestones) became a source of anxiety and comparison. I think much of that stems back to not having that rock in my own life to guide me. That rock being my mum. I invested so much in my ‘online’ friends because in reality I was often lonely and a little insecure, and I often felt like a fish out of water with no idea what I was doing.

With #2 came more confidence and as Cohen started to meet his milestones (usually late and last in the group but always getting there in the end) things started to get easier and my confidence has grown.

So where am I going with all this?

Well, I realised that I was starting to let the negative outweigh the positive. It was beginning to be a source of anxiety to log on. I just felt out of sorts and it wasn’t helping. I had a husband I needed to spend more quality time with and two little children I had fought so damn hard for that I didn’t want to look back and realise I had watched grow up behind the screen of my phone, much like a photograph you don’t remember taking but look back on with fondness rather than a memory.

How many of us watch our lives go by behind a screen instead of actually being in the moment?

How many of us are constantly distracted? I know I was guilty of it. At times more guilty than others. I have a problem with balance and I was neglecting so many different facets of my life that I could have been concentrating on instead and finding fulfillment in.

I needed to get outside my comfort zone by kicking off those comfy shoes I had become so accustomed to and start dancing to a new tune.

I’d had writers block since the boys came along and I realise in hindsight much of that was distraction. It was far easier to just go on Facebook and chat than it was to put my concentration into the creative outlet of writing or any other hobby.

So while I was on this Facebook break I started to write again (if I’m honest, it started purely out of boredom, I mean what does one do without Facebook?!). I went back to the blog I had started this time last year and never felt fully in tune with at the time, and I started writing.

It was hard to begin with, thinking of things to write but like anything, the more you do it the easier it becomes. It ended up being therapeautic (especially The Open Letter To My Mum I wrote for Mother’s Day, that was the post I really needed to write in order to start some healing in that area of my life). In no time at all, the words were flowing out of me, onto the keyboard and onto the page. I had fun with it, the words and the creativity of the design, the photos, the illustrations.

This was what was missing. This was the gap I needed to fill – the purpose, the drive, the passion, the challenge.

1. To conquer the addiction; and

2. Because I wasn’t feeling myself; it has led me here.

If I hadn’t deactivated I wouldn’t have made the time to step outside of that comfort zone, that easy existence to try my hand at something I used to love before the boys came along and I am so glad I did because it has filled a gap that was clearly missing in my life. It also opened my eyes to how toxic Facebook can be if you are not in a good headspace and just how addictive it can be if you allow it.

The fact I took that break and it led me here is why taking a break from Facebook was the best thing that happened to me this year.

If I hadn’t I would still be in the exact same place I was before and that isn’t a happy thought.

I also want to take this opportunity to say a huge thank you to everyone who has embraced this blog, who follows me on Facebook (ha!), who reads and comments and engages with me, for welcoming me into this community. Thank you!

And just for the record, I have well and truly kicked my addiction and use it all in moderation like a normal person now. Next challenge quitting caffeine maybe? Yeah right!

Do you need to take a break from Facebook? Are you/have you been addicted?

Linking up today with Essentially Jess for #IBOT, come on over and join the party!