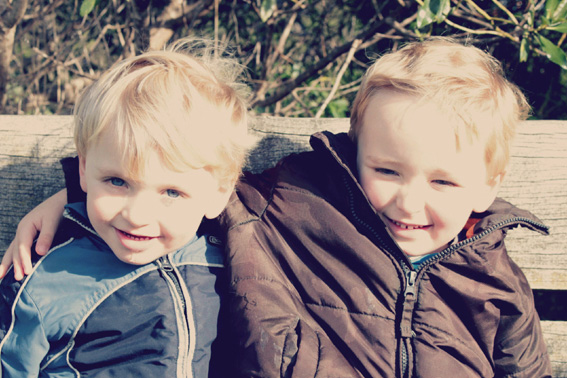 We of course found that adorable and while we didn’t pick up on it ourselves initially, we didn’t discourage it. Eventually when we realised the phase wasn’t wearing off, we started to find ourselves occasionally referring to him this way too.

It was a more a ‘refer to him as Uffy for Cohen’s sake’ than a ‘your name is Uffy’ type nickname.

So now we have two Uffy’s in our house and strangely they don’t seem to find this odd at all.

A standard conversation between the boys at our house would go like this:

Yes, this was a conversation that actually just took place.

This continues in this fashion constantly. Sometimes I forget which one was Uffy to begin with and get confused as to which one is Uffy now and which one isn’t. Or should I say, isn’t supposed to be. Until he was.

This is not some short phase that will pass. It has now been over 8 months of having two Uffy’s and this mama is confused.

The thing is though, where the hell did Uffy come from? Where do kids come up with this stuff?

At this point I am wondering if they are going to be teenagers and referring to each other as Uffy or if eventually one will come out the other side as Uffy or if it will go away altogether.

To us, Finn was Uffy first and we still refer to him that way at times, as do his grandparents.

But he is adamant that Cohen is Uffy and Cohen is adament that Finn is Uffy, and so the cycle continues. 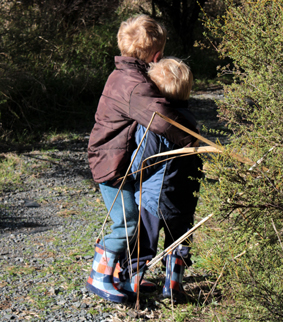 Do your kids have any unusual nicknames they have come up with for each other? Did you have one as a child? Do you still have one?